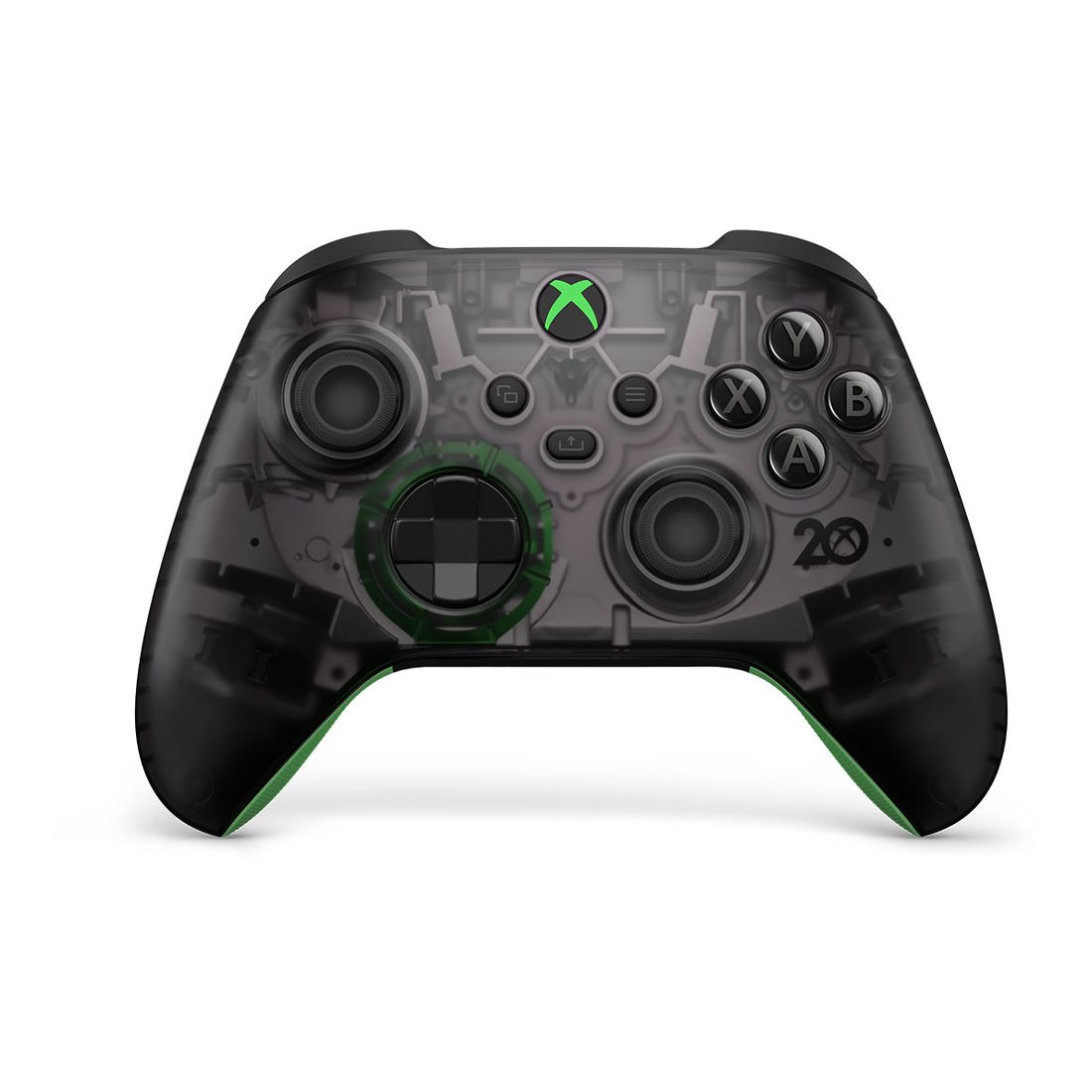 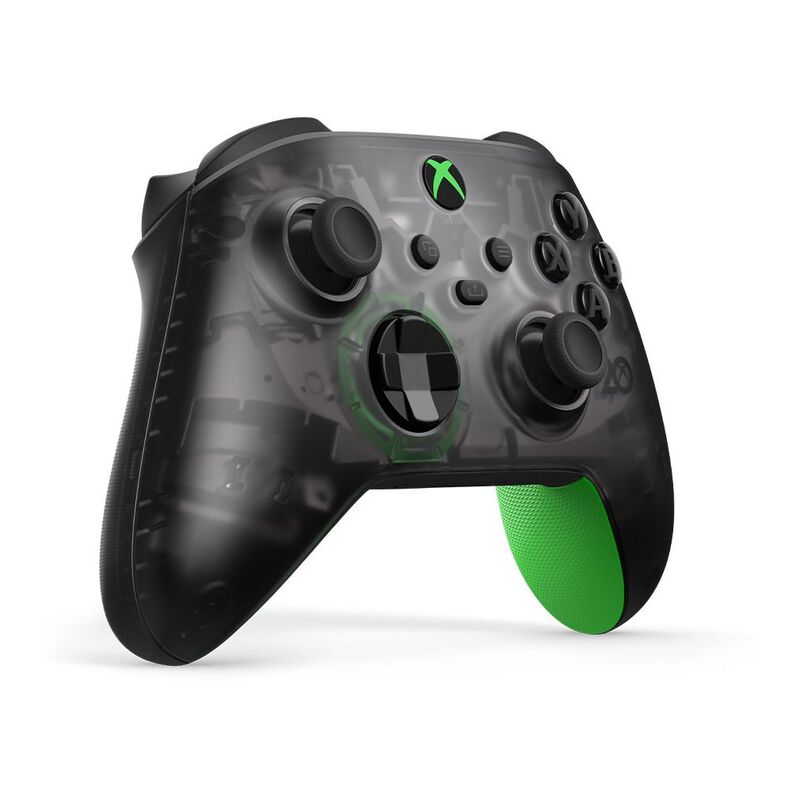 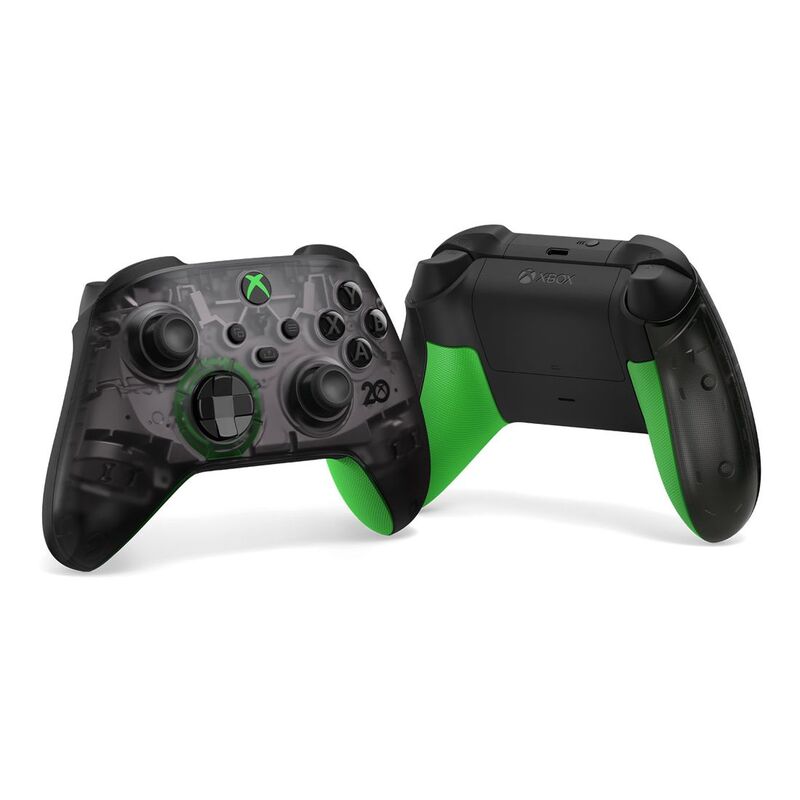 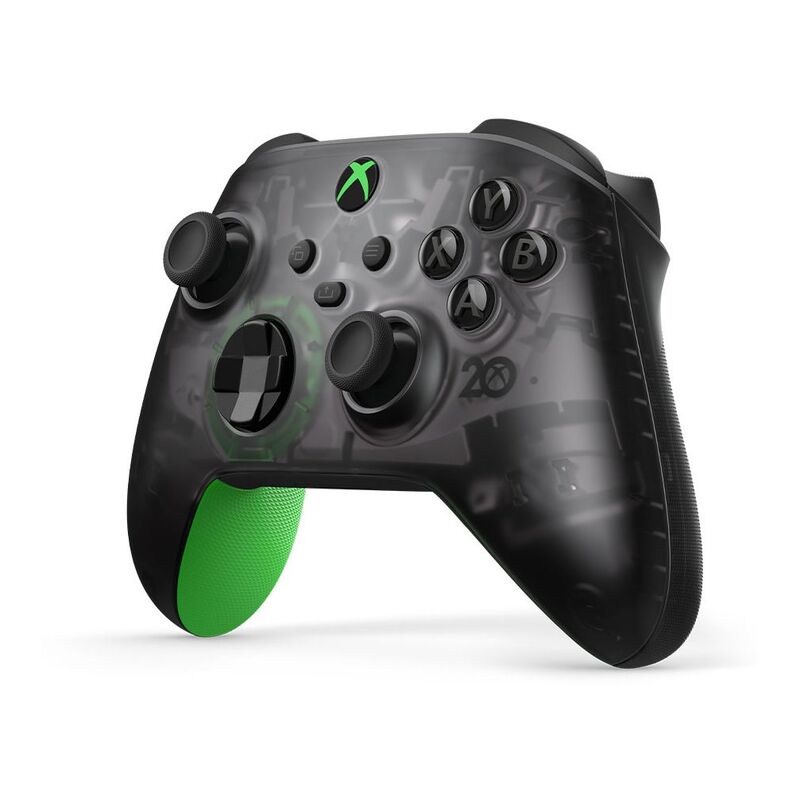 Earn 279 loyalty dots equivalent to AED 2.79 when you sign-in and order
Free Shipping over AED 200
Check availability in store
Product Availability by Store Location
To use your current location please enable your browser location services. Otherwise, choose a store from the list, or use search option.

Celebrate 20 years of Xbox together.

Celebrate 20 years of Xbox with the Xbox Wireless Controller – 20th Anniversary Special Edition in classic black with green touches that go back to the beginning, and so much more. Travel through time with the green and translucent black controller colors to the moment the original, translucent green Xbox console launched. Look through the translucent black top to see interior silver details representing 20 years of Xbox technology carried forward.*

Harkening back to when the first green X burst through a black field – the iconic, green Xbox button, D-pad highlights, and back grips celebrate the beginning while looking forward.

Battery: AA batteries for up to 40 hours of battery life****