You’ve officially reached The Vinyl Destination where you can find your all-time classic albums and artists on old-school vinyl records and LPs. Turn back the tables with decades of hits and shop everything from classic rock to the latest pop. Drop the needle to start your very own vinyl collection where you can spin back in time with retro-style Turntables that allow you to listen to quality vinyl music from start to finish without interruption. Interactive and completely aesthetic, stay on track with brand new vinyl albums and timeless tracks. Play your favorite soundtracks on vintage vinyl record players and gramophones for a retro feel, or enjoy enhanced sound quality on one of the more advanced vinyl players with plug-in speakers and Bluetooth features. James Blunt’s greatest hits album, 'The Stars Beneath My Feet (2004-2021)’is out November 19 , celebrates songs spanning a stellar 17-year career that has spawned over 23 million album sales, a global smash hit with ‘You’re Beautiful’, two Brit Awards and two Ivor Novello Awards, as well as receiving five Grammy Award nominations .Amongst the string of hit singles, 'The Stars Beneath My Feet (2004-2021)’ will also include four new songs(‘Love Under Pressure’, ‘Unstoppable’, ‘Adrenaline’ & ‘I Came For Love’), as well as four exclusive live performances from around the world, including the Glastonbury Festival. It also features stunning tracks from his latest Gold-selling album ‘Once Upon A Mind’, including ‘Cold’, and the heartbreaking ballad for his father, ‘Monster’. James’ classic 2004 debut album ‘Back To Bedlam’, was recently named as one of the top ten best-selling albums of that decade, and with ‘Once Upon A Mind’, James Blunt reinforced his reputation for writing honest, emotional songs that people can easily relate to. The album marked a return to what James Blunt does best – writing classic songs that touch both the heart and the head. 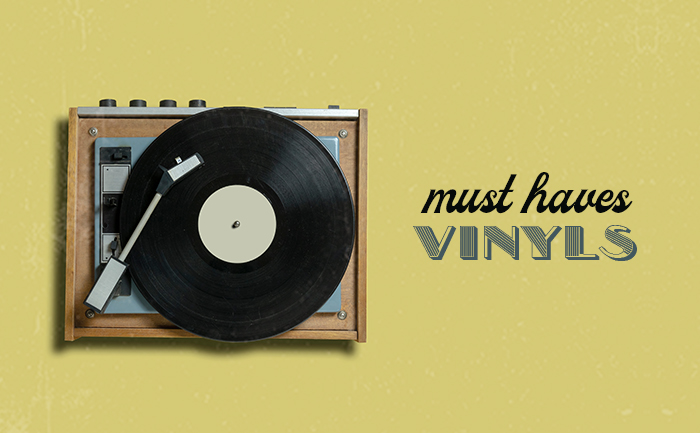 Must-have vinyls to start a collection