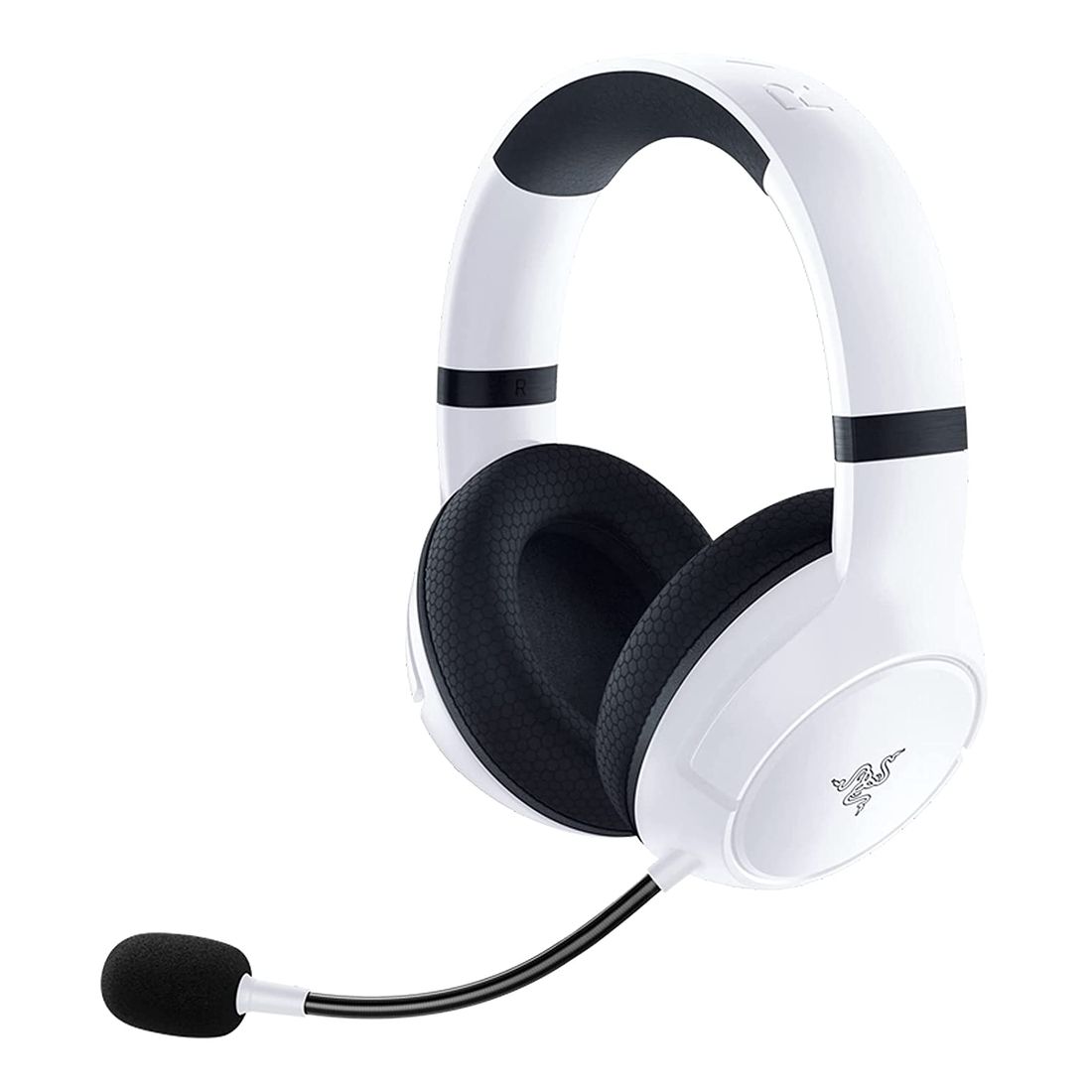 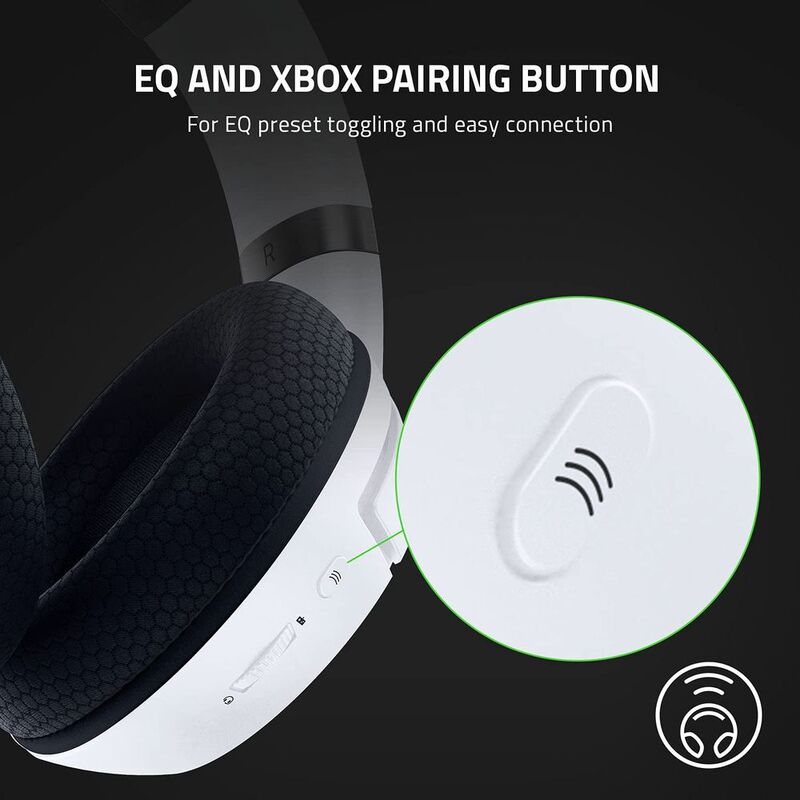 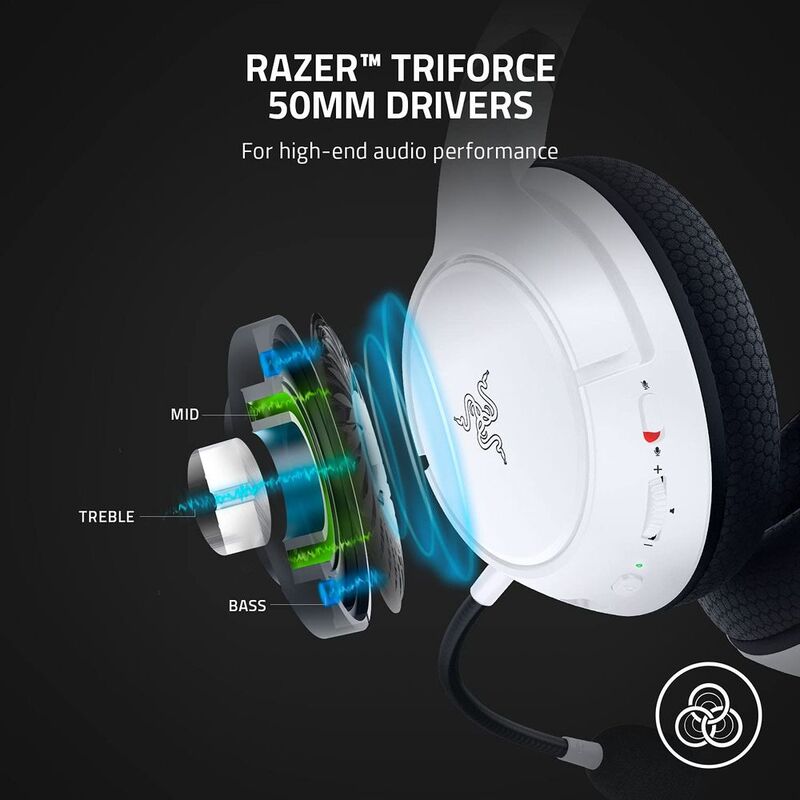 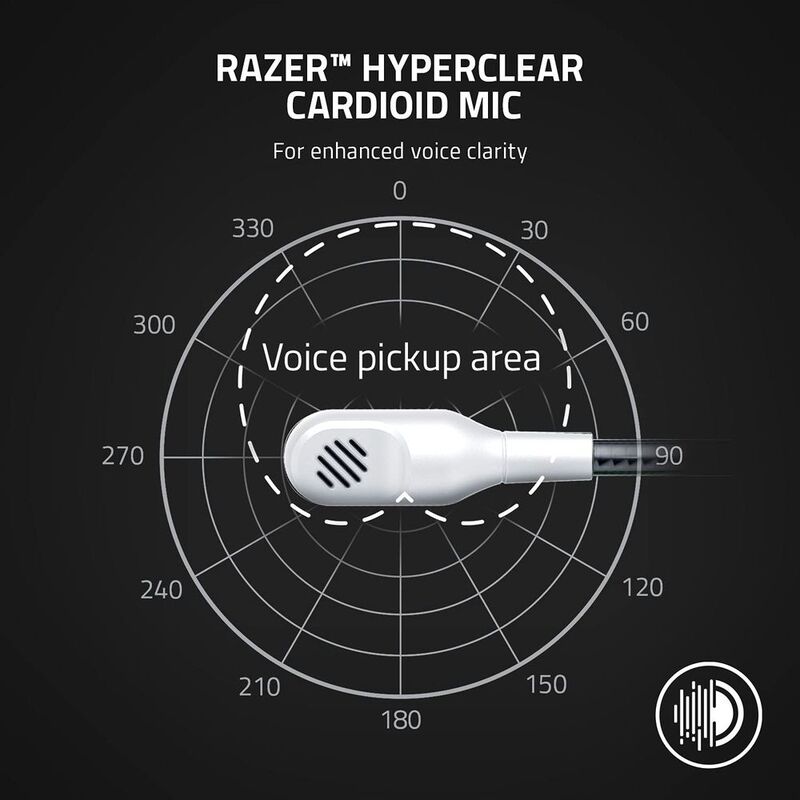 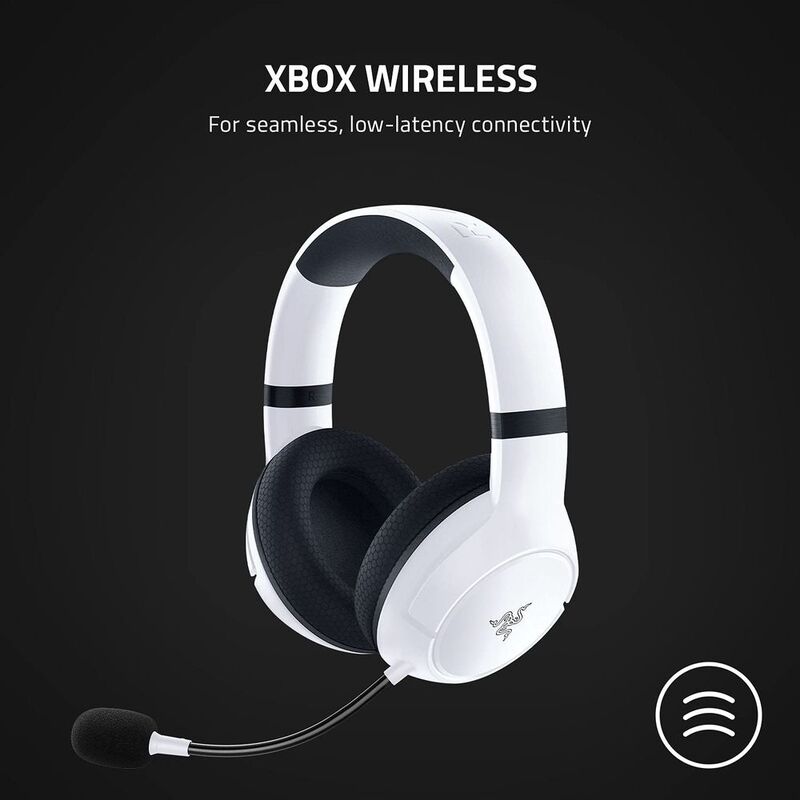 Earn 409 loyalty dots equivalent to AED 4.09 when you sign-in and order
Free Shipping over AED 200
Check availability in store
Product Availability by Store Location
To use your current location please enable your browser location services. Otherwise, choose a store from the list, or use search option.

Take your competitive advantage to the next level and exert true console dominance with the Razer Kaira for Xbox—a wireless Xbox Series X headset that offers superior audio immersion with our most powerful drivers ever, and crystal-clear voice comms with the best headset mic we’ve ever designed.

The bendable mic has improved housing and pickup for amazing voice capture that suppresses noise from the back and sides—supported by mic monitoring and game/chat balance to ensure optimal levels.

Using a fabric weave that doesn’t trap heat, the headset is easy on the ears, while its soft padded headband provides even more comfort to stay in peak form during gaming marathons.

Tap twice to cycle through 4 EQ settings—such as FPS Mode that enhances in-game audio like enemy footsteps, and Bass Mode to amplify low frequency sounds / hold once to connect the headset to the console.

Do away with complicated setups and wireless dongles, as the headset connects directly to Xbox Series X|S and Xbox consoles with a great signal range that perfectly supports couch gaming.